We have received some brilliant news regarding Lorelei in Year 7. She has been rowing with Gloucester since September and has taken part in lots of indoor rowing comps over the last 3 years to great success. This year was Lorelei's first year at the British Rowing Indoor Champs, as she went as part of the Gloucester Squad. Lorelei took part in two events in the J11 girls age group at the Olympic Velodrome in London. Lorelei achieved a silver in the 2 minute timed row, pulling 520 metres. She then went on to gain a gold in the 500 metres, rowing it in 1min57. In the 500 metres Lorelei was the 3rd fastest overall in her age group (boys and girls combined).

Lorelei is showing real talent and commitment within this sport, and we look forward to hearing all about her future rowing achievements! 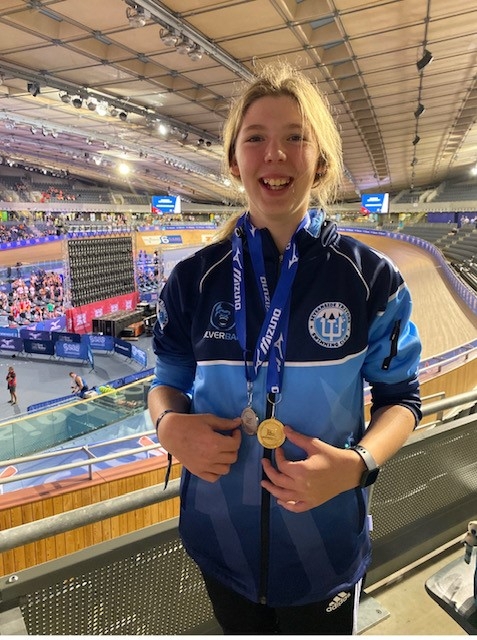